Salamanca, “la muy noble" and "very loyal", "charitable and hospitable", "very cultured", "learned" and "wise" city. It has an important historical-architectural heritage with renowned monuments such as the old cathedral and the new one, the Main Square, “Casa de las Conchas”, The University, San Esteban Convent, Towers of the Clergy Church or the Roman Bridge

Below we will talk about the monuments:

- THE OLD CATHEDRAL AND THE NEW ONE:

The cathedral complex of Salamanca offers the visitor the unique treasure of nine centuries of history and religious art, which can be contemplated in a time line of perfect continuity.

The cathedral forms a fundamental part of the city of Salamanca, a World Heritage Site.

A very new proposal has been the Ieronimus, the visit to the Medieval Towers of the Cathedral. It shows the two Cathedrals from the heights, inside and outside, allowing visitors to have fantastic views of the whole Salamanca.

It was built in the 18th century by the famous architect Alberto Churriguera, a distinguished Baroque architect.

Do you dare to count how many arches make up the Plaza Mayor of Salamanca?

The Casa de las Conchas is a stately mansion from the time of the Catholic Kings. It was built at the end of the 15th century when it was commissioned by Rodrigo Arias Maldonado. It owes its name to the more than 300 shells represented on its façade.

The University of Salamanca was founded by Alfonso IX in 1218 and is the oldest of the existing Hispanic universities.

The façade, which was carved in stone as if it were goldsmithing, is a great spectacle because of the variety and beauty of the decoration and the abundance and interest of the symbolism that exists, especially the one of the frog on the skull.

Do you dare to find the Frog on top of the skull?

The Church of San Esteban is also known as the Dominicans for belonging to that Order.

In San Esteban Convent, Christopher Columbus was lodged when he visited Salamanca in search of support for his project to travel to the Indies in the opposite direction to that known up to that time. Years later he would discover America.

- TOWERS OF THE CLERGY CHURCH:

The Clergy is an imposing building commissioned by Queen Margaret of Austria, the wife of Philip III, which began to be built in 1617, six years after her death.

2012, with the creation of the permanent exhibition Scala Coeli, it is possible to climb to the top and know aspects hitherto unknown to the public.

The Roman bridge of Salamanca is one of the historical landmarks of the city. The exact moment of its construction is still undiscovered, but historical research indicates that it dates from the second half of the first century.

The bridge is one of the few Roman architectural wonders. Its construction was ordered because of the necessity to cross the mighty river Tormes.

In addition to all of the above, its Easter has been declared of International Tourist Interest.

Salamanca has been declared European Capital of Culture by the European Parliament. 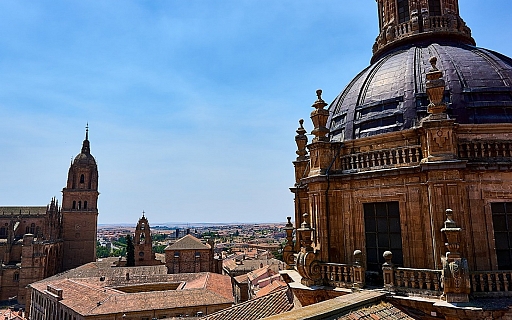 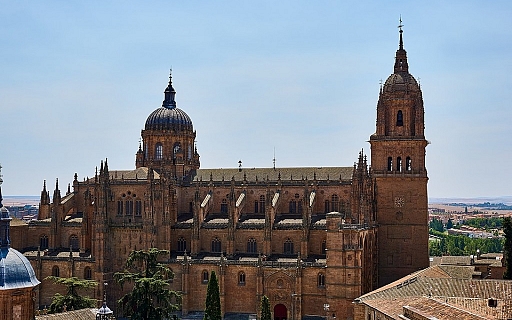 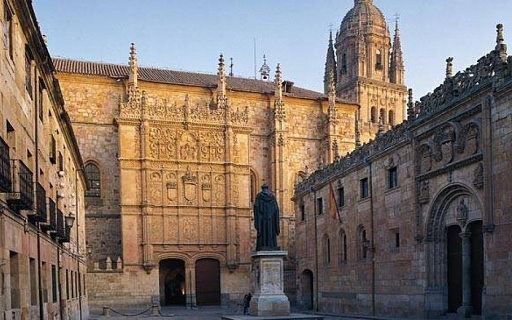 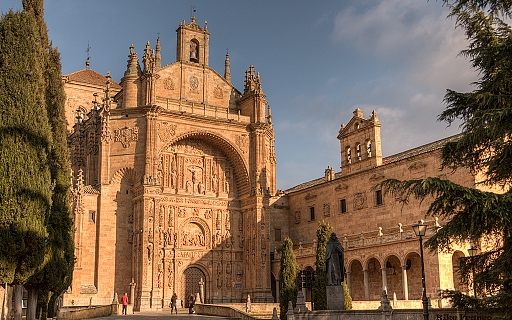 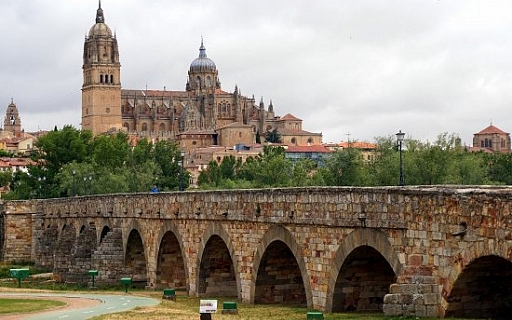 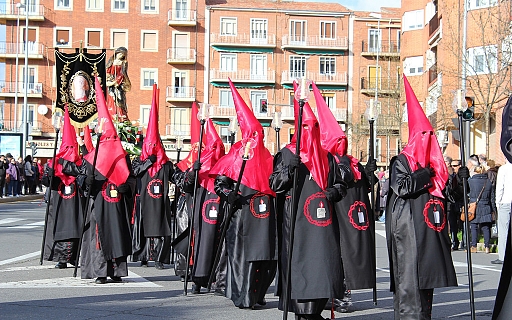